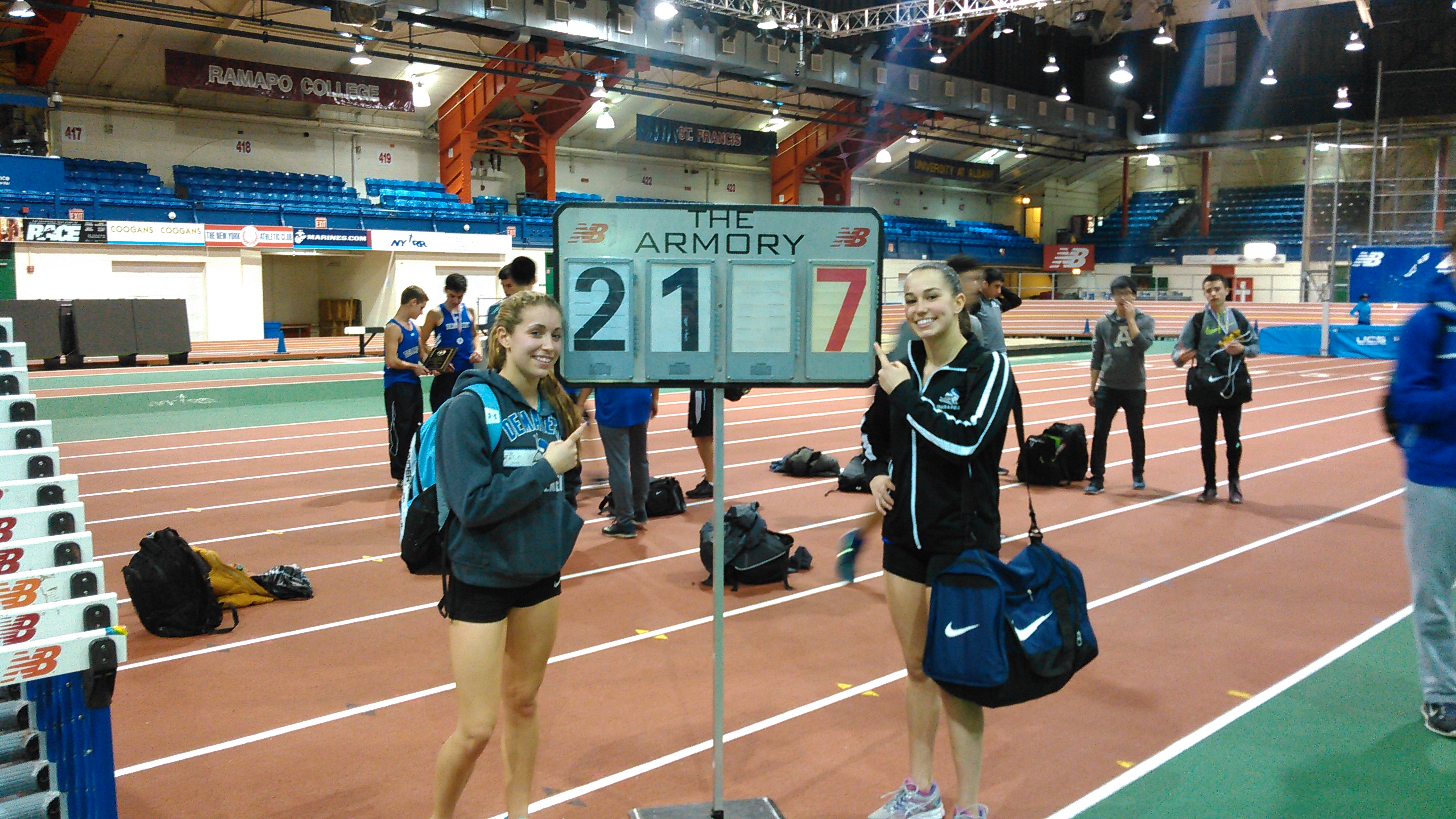 The dust has settled at the NB Armory pole vault area..after the last two days of back-to-back competition by Bergen County athletes at the New Balance Hall of Fame Track Center at 168th Street,NYC. Coming off sensational Tuesday night performances from Michelle Rubinetti(NVD) of 12′ 3.5″ and team mate Caitlin Reverand(NVD) 11′ 0″… they lit up the All Time Bergen County Relay scoreboard with their 21′ 7″ Relay County Record for the Demarest Nordsman squad at the Bergen County Relay Invite on Wednesday night …as 22 Flying Circus team mates enjoyed the competitive spirit of High School Indoor Track & Field. Everyone is gaining technique and the speed and run approach posture have improved by leaps and bounds….Congratulations to all vaulters and now it’s time for the CHAMPIONSHIP SEASON to kick in. PLANT HIGH !!

“Hope” grows a little when you give…
…and gives you back when your in need.” – Neil Diamond

Bergen County Vaulters..ON-the-RISE …. The dedicated vault coaches from Bergen County,NJ high schools are taking the pole vault to the next level..as many athletes hit lifetime bests this indoor. Such was the case in the BIG NORTH CONFERENCE Championships at the NB Armory on Monday and Tuesday night. In the American Division…Joe Kim(Ridgefield Park) won with his 13′ 0″ sail and Greg Fuerte(Paramus) won Freedom Division at 11′ 6′ and Ryan Vimba(Ridgewood) placed 3rd at 11’0″ for more Maroon Points. In the Boys National Champs..it was Soph Seth Kricheff(Old Tappan) winning again at 12′ 0″ Jason Mezhibovsky(Demarest) 11′ 6″ Jona Kim 11′ 0″ Noah Oliff-Lieberman(Demarest) 11′ 0″ and Freshman Matt Mazzacano(Old Tappan) over 10′ 0″. In Boys Patriot Division…Coach Pasek’s Mahwah senior vaulter Dominic Roca come up big with the gold at 13′ 6″ Jack Muller(Mahwah) 13′ 0″ and Dante D’Agostaro(Mahwah) completed the sweep at 12′ 6″ for the ThunderBirds!! Winning the vault at Morris County Invite was Delbarton,NJ senior Peter Chan…Kevin Nam(Pope John,NJ) sailed 10′ 0″ for the Lions!!!

Special Thanks to Mrs Dawn Helm for providing the video of Michelle Rubinetti’s 12′ 3.5″ record jump on Tuesday night. Check out the interview of Michelle at armory track.com following her performance. In her words… she credits her parents…her team mates and her coaches for her success…..HUMBLE WINS AGAIN !!!!!

Flying Circus Winter Classes end Feb 9 and 10. Many thanks to all.
Flying Circus will be closed Monday Feb. 8 for the Varsity Classic at Armory