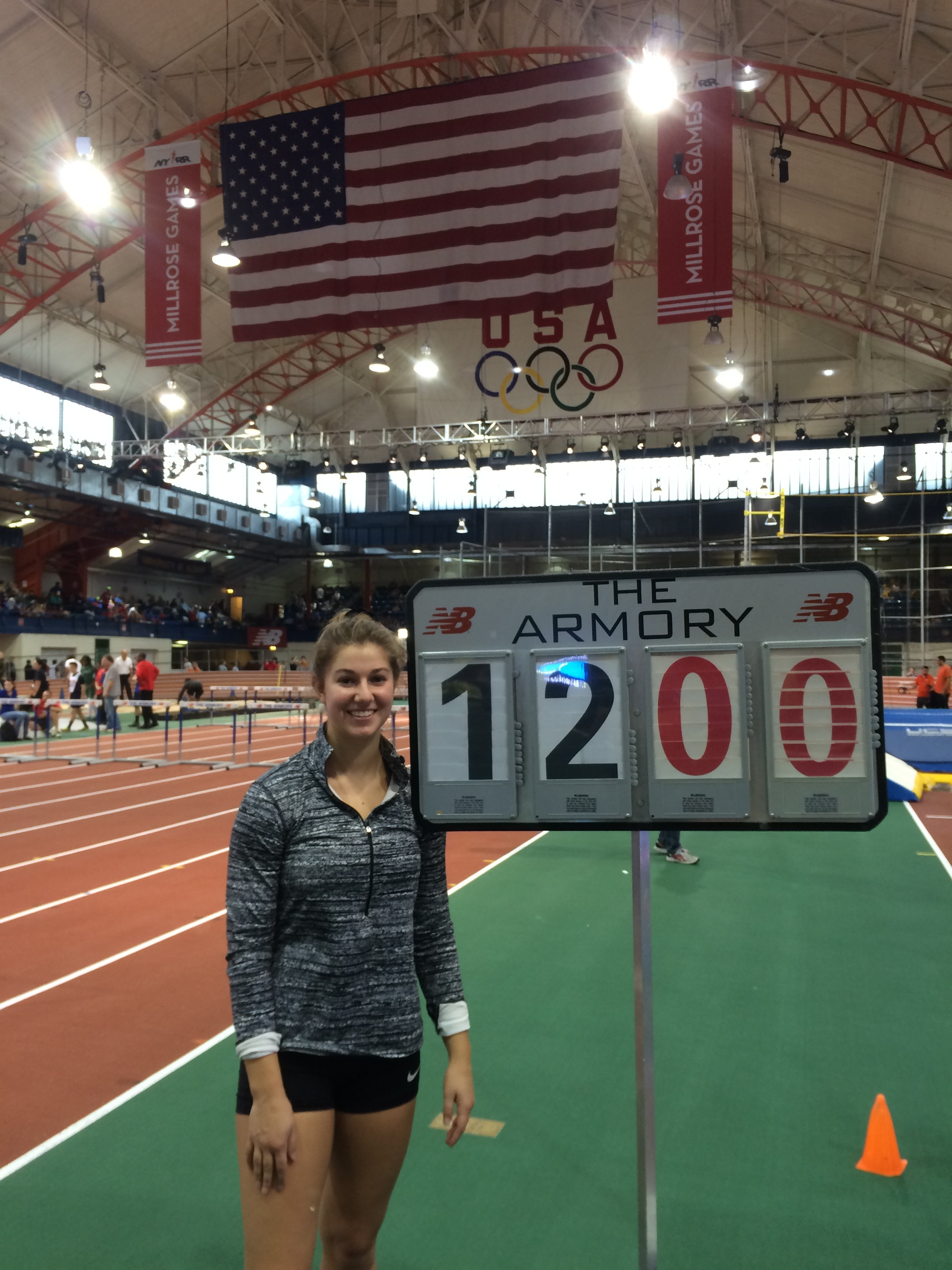 The” Holiday Spirit” brings out the best in all of us …… Circus athletes are pressing the poles up at takeoff and enjoying the early indoor season on the runways around the Tri-State area. The next 2 months are about to explode with high level performances from the 108 Indoor FLYING CIRCUS athletes!!!!!

The weekend action started fast at the New Balance Armory in New York City’s Washington Heights neighborhood…with the North Shore Invitational Girls Pole Vault…Bethlehem Central ‘s Field Event and Pole Vault specialist…Tedi DeMaria produced a series of sensational jumps in both the warm and the actual meet….. using her UCS Spirits 13’1(165) and 13’7″(155) series in progression…she blasted to a new meet record of 12′ 0″ and BIG JUMPS at 12′ 6″ for the Gold Vault Medal for Coach Ashley Gansel. Tedi used her 7 Step and small grip again till mid January. In the Boys division in the afternoon…it was all Isaac Heatley of Warwick Valley’s Purple Thunder squad of Coach Mike Potter. Junior Speedster…Heatley blasted huge over 12′ 6″ for the Gold medal and Washingtonville senior Andy Rubenstahl also lifted a12′ 6″ PR for Coach White. Nate Llanos(Danbury,CT) looked great over 11′ 6″..Josh Jeong(Monroe) 11′ 6″ season best…Logan Matthles(Monroe) 10’0″PR for Coach Glover/Hemmer!!!

The Fun and great vaulting continued at the Armory on Saturday Night…as much improved Northern Valley-Demerast,(NJ) Michelle Rubinetti flew over 11′ 6″ for the win at the NYRR Sprint Night meet. She also held low(11′ 8) and near missed at 12′ 0″ for Coach Mike Ives. Team mate Caitlin Reverand was super over 12’ in the warm up and placed 3rd overall. NV-D junior Erin Yuder hit some great jumps in her first appearance at the ‘Mecca’ Armory!!! In the Men’s Open… Dan Matson(HVFC) looked great making 13′ 0″ easily and Carlton Huff(Former Rutgers Great) zoomed 10′ 6″ to win his age group and Bill Crouse(Philly Jumps) hit 10′ 6″ to win his age division.

Earlier in the week… belonged to Soph Seth Kricheff of Northern Valley-Old Tappan,NJ) with his gold medal win at the Spiked Shoe Meet at the Armory on December 22…Followed by Brian Rubenstein(Gov.Livingston,NJ) at 12′ 0″ Naeson Lim(Tappan Zee) 11′ 6″ and Ryan Vimba(Ridgewood,NJ) placing at 10′ 6″ for the Maroons.. In the Girls Section… Ridgewood ,NJ Junior Maxine Earl soared to her first Armory Individual Victory with her 10′ 6″ Leap of Faith…. Jessica Ippolito(Fair Lawn) placed second at 10′ 0″ Leah Saifi(Gov. Livingston,NJ) 10′ 0″ for 3rd place..Nicole Lester(Ridgewood) 10′ 0″ and Grace Gardella(Ramsey) hit 9′ 6″ in her first indoor meet for the Rams!!!

The University of Connecticut Vault squad will be one of the best in the east this year..both indoor and outdoor…with junior Craig Hunter(17’8.5″) returning this spring for a shot at the Olympuic Trials standard of 18′ 6.5″…. but freshman “New Kid on the Block” Derek DiBona (Warwick Valley,NY) soared a 16′ 0″ first jump clear at the inter-squad meet and former Circus strongman..TJ Murphy hit 15′ 6″ for 3rd place for the HUSKIES!!! Both plan to crank it up this Thursday at Flying Circus Holiday Meet at 9AM…JOIN THE FUN… and get a glance at FLYING HUMANS!!!!! Boys at 10AM Girls at 2PM …. ALL DIVISIONS!!!!